In English we have been looking at a new book called Leon and the Place Between. It is all about a young boy who believes in magic and encourages his family (who don't really believe in magic) to come to a magic shown in a circus. After a few acts a magician comes onto stage and invites Leon to come into his box while he makes him disappear. When Leon steps into the box he finds himself in 'the place between' an endless world where everything that disappears in magic goes. Leon finds a friend riding on a magic carpet who's dad is a magician and sends him to the place between when he goes to bed. Leon also finds a bunny who was never pulled out of it's magician's hat. Eventually the magician calls Leon back to the box and Leon, still holding the bunny, floats up and though the hole into the box, back in his normal world. He tells his family all about the place between and has the bunny as proof of his adventure. We have spent this week working on setting and character descriptions based on this book. We have described Leon, and Abdul Kazam (the magician) and have described the big top and the place between.

First we worked out the key features of instruction writing

Then we thought about the different equipment you would need to wash a giant sloth or a glyptodon. We had to use imperative verbs and preposition on all of our bottles.

On Friday we competed some creative writing based off of this photo: 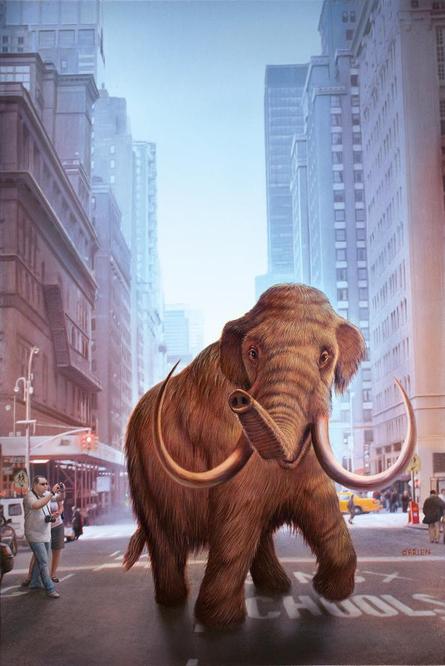 Some of use wrote stories, but others wrote some instructions for 'how to get your woolly mammoth out of New York'!

This week we have wrote a diary based off of the book, 'The Stone Age Boy'. We nave had to think about what it would be like to wake up one day in the Stone Age! We looked at key features of a diary such as chronology, including the date and using adjectives for feelings. 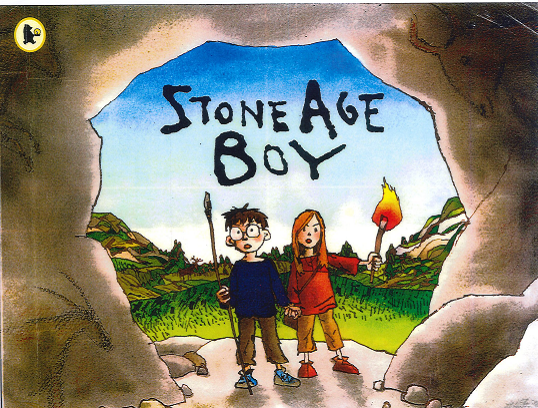